MOE offers design services for roads and paths that meet the needs of traffic, are adapted to the environment and have a high degree of road safety.

We consult at all stages of construction projects

We have many years of experience in the design of roads, paths and open spaces of all shapes and sizes. From motorways and roundabouts, to bicycle lanes and small town centres. Our projects include consideration for all road users and are carried out as a team exercise involving our road engineers, traffic planners and road safety auditors.
Consultancy extends from planning and programming the project to the preparation of project proposals, main project and tender documents, as well as construction management and inspection. We prepare site estimates and carry out risk analyses in consultation with the developer
Our experience and competences have also been applied to a wide range of urban development projects, where we work closely with landscape architects.

We dimension construction to always ensure that the design meets road safety requirements and provides good accessibility for all. For example, through selection of surfaces, lighting and road-marking design. We often combine the above with our skills within traffic planning, climate adaptation and urban development.
We want to be at the forefront of the field within 3D design and use applications such as Bentley Power Civil, Autocad Civil 3D and AutoTURN for plotting turning paths.
We consult on safety management, safety meetings and safety inspections, time management for construction, the overall economic process and follow-up of any regulatory requirements so that permits for use can be obtained. We design in 3D and have specialists in most fields of construction.

Over the years, we have completed a number of projects for municipalities, the Danish Road Directorate, contractors and private builders.

Our services cover all phases, with consultancy on:

Fill out the form and get in touch with one of our experts. 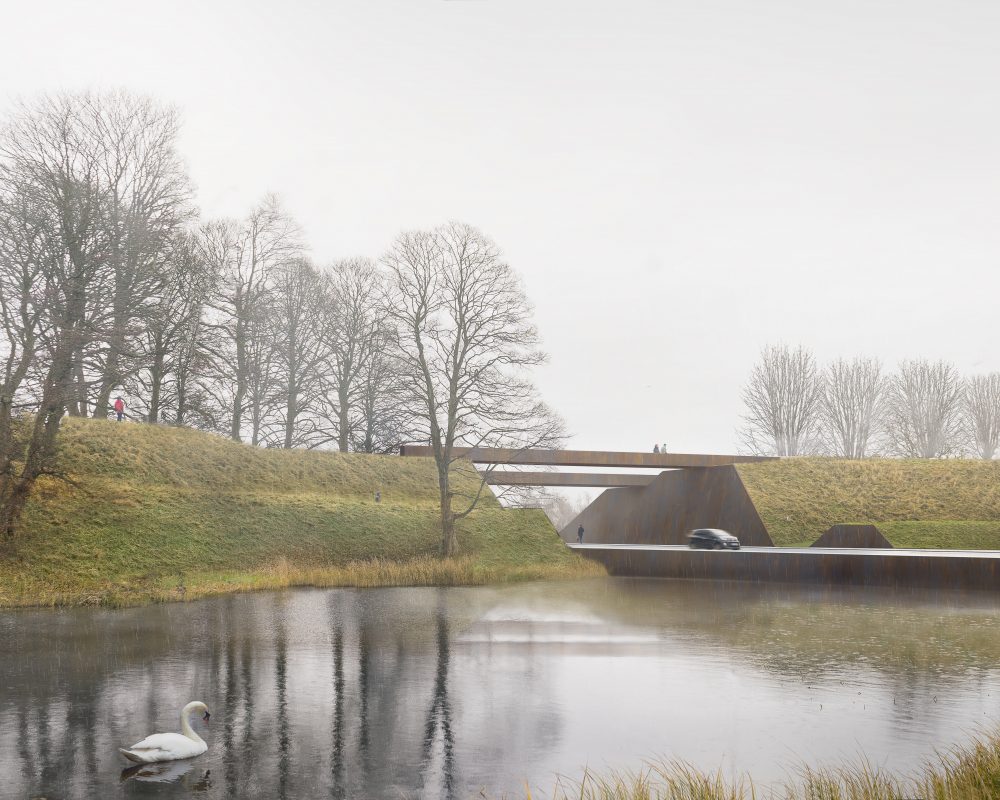 The rampart around Fredericia is Northern Europe’s best preserved defensive rampart and will now be redrawn by MOE, Erik Brandt Dam Arkitekter, landscape architect Charlotte Skibsted and Cornelius + Vöge ApS. The team will cooperate with professor Martin Zerlang, who will place the project into a historic context.

History of Fredericia
Due to its strategic placement at Lillebælt’s narrowest point, Fredericia was originally built as a fortress by Frederik III in 1650. The team’s architectural goal is to create a clear, visual divide between the original fortress rampart and the infrastructure, which belongs to the much more recent industrial town, as both parts constitute an important element of Fredericia’s identity.

New infrastructure
The fortress will have a comprehensive path around the rampart, and new gates will be erected. The route will be joined by a footbridge and the current dams will be replaced with vertical cofferdams, where the newer roads and railway cross the moat. To simplify access to the rampart, there will be new lighting and a path along the foot of the rampart. 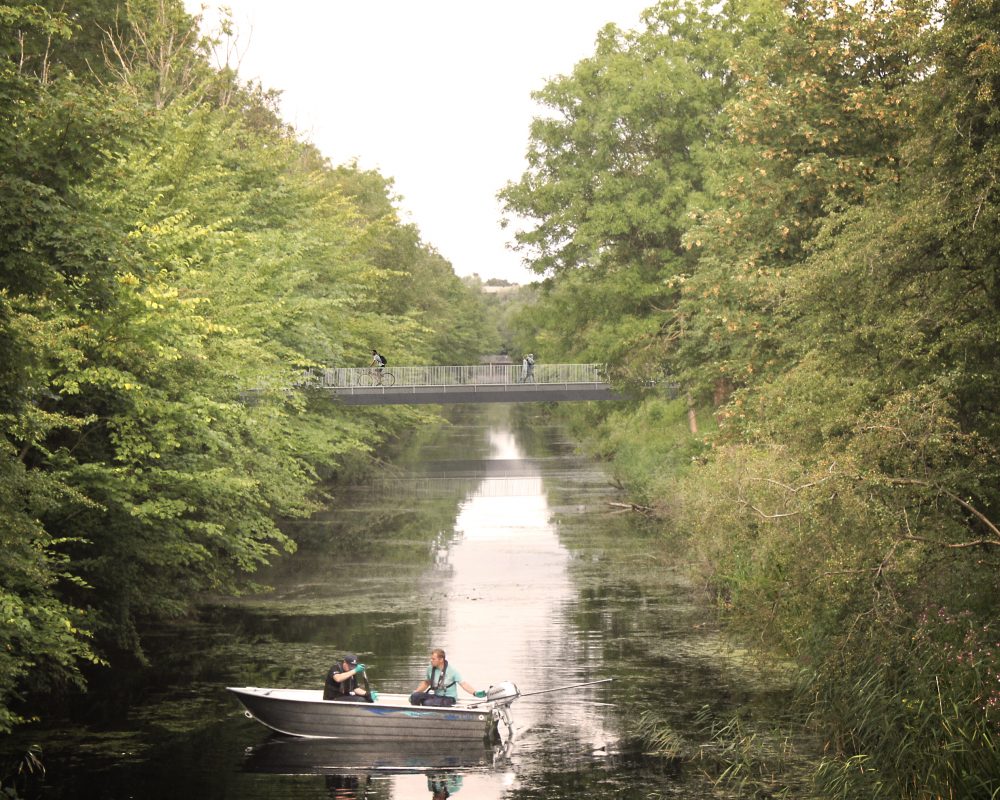 Vestvolden, the large-scale construction project has become a popular piece of landscape architecture and this will be put to use with the Husum Link. For this, an approximately 30 m long footbridge will be recreated over Vestvolden, which will function as a central link in a new 2 km route for pedestrians and cyclists.

The idea behind the Husum Link is to make it easier for light traffic to travel from the north of the town to the south and to ensure a better connection between Tingbjerg and Husum. This is an important part of the area’s town development strategy.

Both the bridge and the cycle path will be designed in 3D and the assignment will be completed in cooperation with Thing & Brandt landscape architects. The whole project also includes our expertise in geotechnics, environ-ment, traffic, roads and drainage.